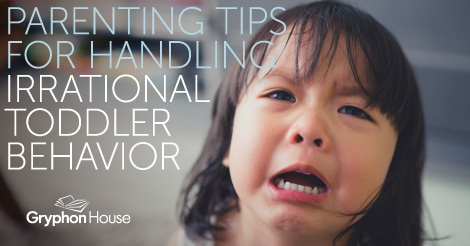 Toddlerhood, the Terrible Twos, the Difficult Years—no matter what you call it, every parent has some apprehension towards their children growing from infants into toddlers. This is usually because of the sudden appearance of tantrums and screaming fits that can accompany the second year mark. Parents shouldn’t panic, however; tantrums are not usually indicative of a behavior problem and are simply a stage of social and emotional development in early childhood. Caregivers simply must learn how to respond to such behavior properly.

At the root of almost every tantrum is a communication problem. During the toddler years, children are just beginning to recognize and communicate how they feel. This is an important step in brain development in early childhood: becoming self-aware. Suddenly, a child’s needs have grown beyond just whether they are cold, hungry, or in pain; they now can feel angry, scared, or frustrated, without really knowing why. All they know is that they feel uncomfortable and unhappy, so they attempt to communicate that unhappiness with a tantrum.

The parent or caregiver’s job is to teach them how to channel their feelings in different, less destructive ways. You can even treat tantrums preemptively with social games for toddlers, like those in Marie Masterson and Katharine Kersey’s book, Enjoying the Parenting Roller Coaster: Nurturing and Empowering Your Children through the Ups and Downs. This book contains information on how to handle milestones, physical aggression, and, of course, tantrums. Here is some advice on how to handle toddler meltdowns and prevent them from happening in the future.

The likelihood of tantrums becoming a pattern can usually be determined by how a parent reacts to one. The most obvious connection is when parents indulge the apparent wish of the child or attempt to console them with what could be perceived as a reward. Say, for example, a mother and her daughter are in a crowded grocery store. The daughter is tired and is stressed by all the people jammed in the aisles, so she begins to throw a fit. In an effort to keep her daughter calm, the mother grabs a box of cookies from the shelf and says she will buy them if her daughter calms down. While the original intent of the tantrum was to communicate the daughter’s desire to go home—not to get anything—the child now realizes that she could get cookies if she behaves that way. This sets the tantrum up as a positive event rather than a moment of great unpleasantness for both the child and parent.

Another negative way parents can react is by getting angry. Of course no one is thrilled when they have to haul a screaming three-year-old out of a grocery store, but it is important to remain as calm and rational as possible. Yelling at the toddler will only feed the flames of his negative emotions and make the situation worse. Similarly, it is important to check yourself as a parent and make sure you know exactly what is making you angry. Is it that your toddler is whining, or that you are running late? Are you taking the time to try and figure out what the source of the negative behavior is? Arguing with an irritable child will only set up a power struggle, but attempting to actively communicate with them will lead to an actual solution.

Which brings us to the big question: How do you stop a tantruming child? The first step is seeing whether you can identify the trigger of the tantrum. If it is past the child’s usual naptime, most likely they are tired and can’t communicate that effectively. In that case, it is best to find a safe, quiet space away from others so that the child can calm down. If the tantrum continues even after the quiet space is found, or if the root of the tantrum is still unknown, attempt to look the child in the eyes and tell them, “I know you are upset. I don’t know why. When you’re done, you can come to me, and I will give you a hug.” Then walk away.

This can be incredibly difficult for a number of reasons: it requires being calm in a moment of high emotion, admitting that you don’t know what to do, and walking away when your child is in distress. But this method is often the best way because you show the child you understand their feelings and will still love them when the fit is over. However, you’ve also explained what you will tolerate and what you won’t. The simple phrase “I know you are upset” has great power because it means you are validating the child’s feelings. Offering a hug also shows the child that they have an alternative to screaming when trying to express themselves. Few people question what a crying child hugging their leg is feeling, but are completely stymied when a tantrum breaks out. Usually the two behaviors stem from the same emotion.

Of course, then two toddlers are involved, things can get even messier. Sibling interactions can be the source of many major meltdowns. When siblings are close in age, they feed off one another’s emotions. Upsetting one ends up upsetting the other, which leads to a vicious cycle of provocation and retaliation. While the easiest solution for negative sibling behavior may be demanding the children apologize for one another, this method creates a problem since the children often don’t mean their apology when forced to say it. Encouraging a child to say something they don’t mean or comply with rules without explanation can lead to other problematic behaviors, which is the last thing any parent wants!

Instead, fights between young children should be handled as diplomatically yet firmly. If it is clear which child instigated the conflict—say, hitting her sister when she wanted a toy—then the situation should be explained and the instigating child punished. The first time it happens, make sure to talk to the hitting or biting child and ask them “Why did you hit your brother? Is it because you wanted something? We don’t hit when we want something; we ask.” Don’t forget that toddlers usually lash out because they can’t communicate their desires, so be understanding of this the first time. If the conflict is clearly not the result of miscommunication or if it happens again, figure out who acted first and address the instigator. For minor offenses, it is best to model proper behavior. Instead of making the instigating child say they’re sorry, say “Sally is sorry” to the other sibling. Eventually, Sally will learn that if she hurts her sister, the only way to make her sister feel better is to apologize. If the offense is serious—like biting or kicking—address the situation with punishments like time-out.

Of course, preventing sibling rivalry makes handling it easier. When siblings are young and very close in age, it’s easy for parents to lump them together for the sake of convenience. This can come across in little ways, like addressing the children as a unit (“Martha and Janice”) and expecting them to behave in the exact same way (“Your sister is sitting and coloring quietly. Why don’t you go color?”); or it can happen in big ways, like giving a younger sibling a present on the older sibling’s birthday. Children may want fairness, but they also want to be treated like individuals. To do that, it’s best to give each child some things that are private. These can be anything from a few books or toys that are not shared to special spots in the house where each child can be alone.

When special events like birthdays roll around, it can be tempting to placate the non-birthday child with a small gift of candy. To the birthday child, this looks like their special day is being taken by their sibling, which can cause a fit. To avoid this situation, it’s better to give the non-birthday-child a job of some sort rather than an object. Giving them a role like wrapping-paper crusher or bow collector will still make them feel like part of the event without making them envious of the attention their sibling is getting.

The Terrible Twos don’t have to be terrible. You just need to know what to do. Learning how to handle irrational toddler behavior is the first step toward moving past it and raising happy, communicative preschoolers! 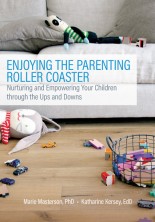 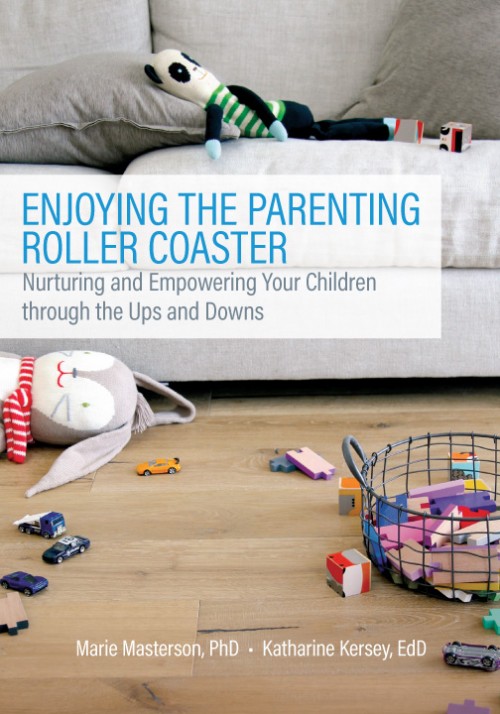