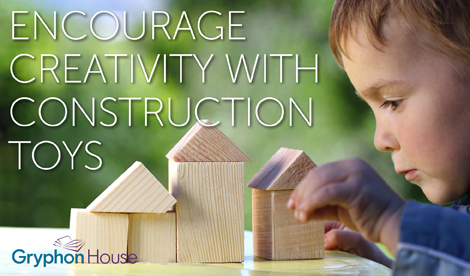 Think about the toys that usually make young children’s Christmas lists. They tend to be plastic, noisy, and modeled after some specific object or cartoon character. While there is nothing wrong with such toys, they do tend to encroach on a child’s imaginative space if those are all kids play with. As Pamela Phelps explains in the introduction to her book Let’s Build: Strong Foundations in Language, Math, and Social Skills, when a dollhouse is already shaped like a house, or toy phone like a phone, children base their play around the object rather than allowing themselves to create whatever they want. Simple toys give children more freedom to use their imagination, and there are few simpler toys than building toys.

Construction toys—Legos, magnetic building toys, wooden blocks, or K’nex—are excellent things to have both at home and in the classroom. The basic shapes allow children to imagine the blocks as whatever they want, and the adaptability of the toys ranges from a simplistic design of a single block to a towering city made of dozens. Building, as with any type of imaginative play, greatly aids in the learning process too, advancing social skills, emotional expression, language development, and even math skills. How? By engaging children’s creativity and letting them forge connections through play.

Children like to talk about things they are interested in. When they play, they tell stories, sometimes out loud, sometimes in their minds. This is no different when children play with construction toys. A child with a box of loose Legos will immediately begin to stack them, creating tall trees or a grand castle. Eventually, when an educator or parent asks them about what they’re making, the child will proudly describe their creation, using a variety of words like tall, big, spooky, pretty, pink, green, long, etc.

Educators can further this use of language by asking the children for more details. Asking who lives in the Lego castle may trigger an elaborate story about a dragon. Opening up a dialogue will allow the teacher to introduce new words as well; they might ask if the child will add any towers, if they will put a moat around it, or if there is a dungeon. All these new words and opportunities to apply them to something tactile broadens a child’s vocabulary and improves their language skills, while also allowing them to have fun creating new and exciting stories and games.

One of the best things about building toys is their versatility. Take, for example, a rectangular wooden block. In the hands of one child it may become a phone, and she might be seen pacing around imitating her parent on a conference call. To another child, the block could become a painter’s palate that he swivels a brush on before “painting” a wall. To a third, it may simply be a wooden block that she uses as a base for a tower. From a single toy we get three very different uses that say a lot about three very different children.

Preschool children are usually not the best at expressing or interpreting their feelings; those skills are still developing at this age. That is why play is so important; it provides an outlet for children to explore their emotions and allows adults to interpret them. With the wooden block, we see that the first child models after her mother, the second enjoys art, and the third values the block itself. With something like Legos or K’nex, children may create elaborate models. If the teacher asks why a child made a jungle, they may respond “Because I want to go there someday,” or “Because my favorite movie is The Jungle Book.” Thus, children learn how to express what they want and like by applying it to block play.

When it comes to building, the more blocks the better! Which means you don’t want to have to divide them between groups of children. If possible, every child should have access to the same bin of blocks so that they can find the specific shapes or colors they need. That’s why time with building toys is important in facilitating social skills. When children work in a common space—either separately or together—they have to interact with one another. Concepts like sharing and teamwork are introduced and enacted, all while children are using their imagination.

Sometime first friendships form through these interactions. Two children may be looking for the same block and help one another find it, or three students working next to each other may combine their projects to make one giant city. Communication skills are flexed when children come together, and the presence of play in the activity can instigate interactions that would not have occurred during a more structured activity.

Believe it or not, basic math skills are necessary for block play. When children build, they have to rely on spatial reasoning, make logical connections, understand shapes, and learn concepts like more or less. Imagine a child trying to make a tall tower. First she tries to stack a square block on the point of a triangular one, but quickly realizes that that won’t work. So she stacks some rectangular blocks straight up and gets to five before they fall down. After trying again a few times, she remembers seeing a pyramid of books with the biggest on the bottom. She lays down more rectangles to make a base, and then stacks the rest until the tower is ten blocks high.

In that one scenario, the hypothetical student made the connection between the block shapes and their stacking ability, explored the space of the blocks and how they could stack, and realized more blocks were needed for her to make the tower she wanted. All of these skills provide a basic understanding of mathematic principals.

Building toys do more than allow children to construct with blocks; they help construct important skills that will be used throughout their lives. By engaging in the creativity that comes with imaginative building, children manage to learn all on their own and retain the skills through memory and experience. 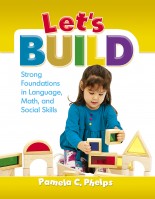 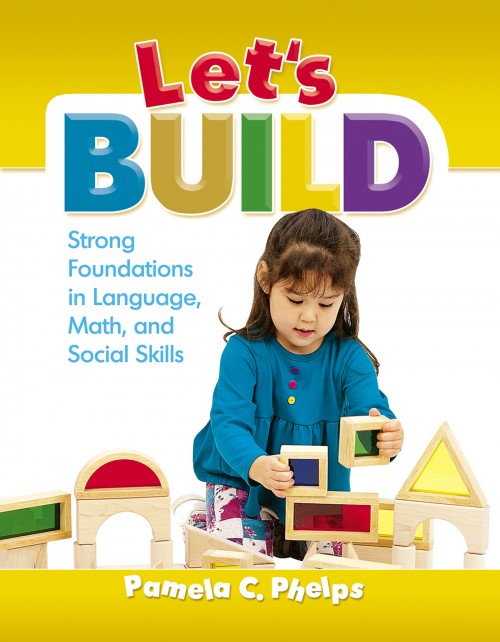