1. If you can, go on a field trip to find some tadpoles (for instructions, see More to do, below). If not, then visit a local pond or stream yourself and collect some tadpoles.
2. Upon returning to your classroom, place your newly acquired tadpoles in your fish tank. Heating it is not necessary, as the tadpoles are at home in cold water. Add a few leaves, twigs or rocks taken from the same pond as the tadpoles. (Using plants or rocks acquired elsewhere may introduce an unfamiliar and therefore deadly form of bacteria into the tadpoles' environment.)
3. Make a simple graph on your poster board. There should be four columns, one for each stage of a tadpole's life. The headings should read: 1. Eggs, 2. Tadpole Stage One, 3. Tadpole Stage Two, 4. Frog.
4. As your tadpoles grow and develop, keep track of their progress by having the children draw pictures of their changing development. Attach the pictures to the poster board graph under the appropriate heading. If you were not able to collect any frog eggs, you will need to supply a picture of the eggs. If possible, take photos of the tadpoles as they grow and post them on the graph also. You can feed your tadpoles a combination of live weeds, grasses (from the same pond where you found the tadpoles) or you can get pre-mixed tadpole food at your local pet store.
5. Emphasize that the development of the tadpoles always happens in the same order. Even though the tadpoles may differ in size and appearance, they go through the developmental stages in the same order. Review the growth graph daily.
6. After the children seem to fully understand the various stages of a tadpole's growth, make a small set of pictures for each child. The cards should depict the same stages of development as the graph.
7. Ask each child to place the pictures in the correct order. They can then compare their cards to the graph to check their work.
8. After your tadpoles have matured into frogs, discuss what you should do with them. Should you keep them as classroom pets or return them to their own environment? Have the children vote on what you should do. If you decide to return the tadpoles to the wild, plan another trip to their original pond or stream and have a "Letting Go" celebration.

More to do
Games: Have Frog Jumping races. The children will enjoy hopping from start to finish. Remind them to move like the frogs. * Play a good old fashioned game of Leap Frog. Many of the children in your classroom will have no prior knowledge of this fun and physically demanding game. Remind the children to be careful while hopping over each other's heads.

Language: Make a book about the stages of your tadpoles' development. Ask the children to draw pictures and write or dictate short descriptive sentences about each stage of development. Bind the pages together into a book. Invite the children to brainstorm a title for the story. In our classroom we finally settled on "The Story of Wiggly and How He Grew." We limited ourselves to writing about one specific tadpole.

More science: If permitted, take the children on a field trip to catch the tadpoles. Check the pond or stream before taking the children to make sure tadpoles are actually there. Then provide some children with a small net (like the ones you find at a pet store). Carefully supervise as the children attempt to scoop up the tadpoles. Don't keep too many. Five or eight tadpoles should sufficiently support this activity. If you overload your tank, you will have problems keeping the tank sufficiently clean. Also, collect a few frog eggs if you can. Although these will probably not hatch, they are useful for helping children successfully order the life of a frog. Put the tadpoles in a clean and thoroughly rinsed peanut butter jar. At the same time, collect three or four gallons of water from the same area as the tadpoles. Be sure to scoop up some dirt, leaves and mud from the bottom. Your tadpoles will find food there. 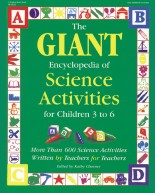 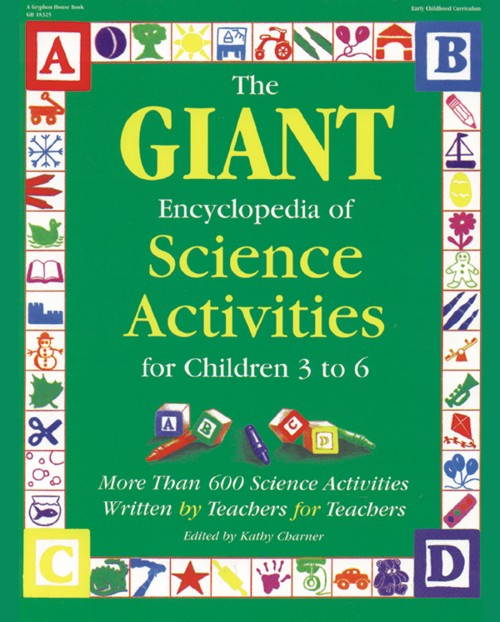 The GIANT Encyclopedia of Science Activities for Children 3 to 6