Make several animal stick puppets (at least one per child). Laminate them and
glue them to craft sticks.
* On a shower curtain, draw a pond. Draw lily pads in the pond. On each pad
write a rhyming word from In the Small, Small Pond.
What to Do
1. Lay the shower curtain on the floor. Place animal markers face up on the lily
pads with which they coordinate. For example, place dragonfly markers on the
words "shiver" and "quiver."
2. Introduce the children to the concept of rhyming.
3. Read the story In the Small, Small Pond by Denise Fleming.
4. Give each child an animal stick puppet and challenge the child to "hop" or
"fly" that animal to the lily pad with the matching animal's image on it.
5. When the children land on those lily pads, read the rhyming words on the lily
pads, and then ask the children to repeat the words back to you.
6. Put the cards back down on the lily pads and ask the child to hop to the next
pad with the matching animal on it, then to say both the word from the first
lily pad and the word from the new lily pad. Assist the children if they are
having any difficulty with this part of the activity.
7. Continue until the children say all the rhyming words associated with their
animal or insect.
Assessment
Consider the following:
* Can the children find the correct lily pads?
* Can the children remember the rhyming words from one lily pad to the next? 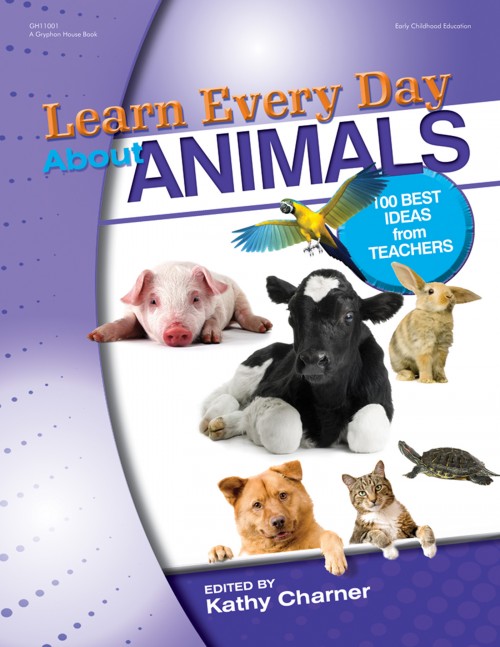 Learn Every Day About Animals