Use Rhythm to Self-Regulate Infants in Your Care 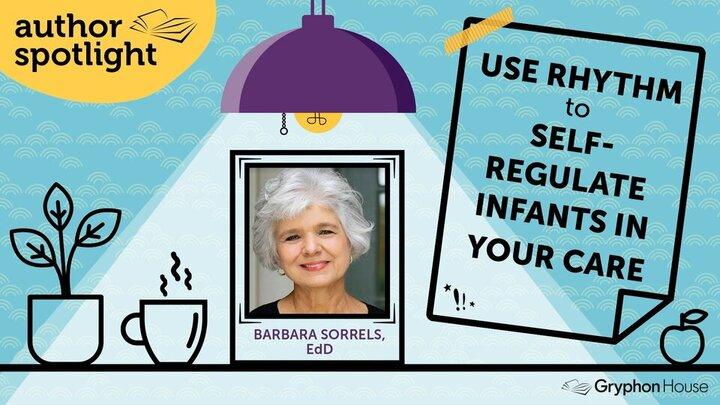 There's nothing more disconcerting to caregivers than to have an inconsolable baby. It only can take that one child to instigate a whole chorus of babies crying. There are those who would say that we should just let babies cry it out so that they will learn to self-regulate. But neuroscientists taught us that is not how children learn to self-regulate.

They learn self-regulation by being regulated by a bigger, stronger other in a more organized way. Typically, we use different forms of rhythm to regulate that crying child because, after all, for nine months during gestation that baby is bathed in rhythm throughout that entire pregnancy, seven days a week, 24 hours a day. Typically, the heartbeat of a healthy mom is somewhere around 80 beats a minute, which would generally be something similar to the movement that I'm using right now.

There are many apps you can download out there that will give you a sense of what 80 beats a minute feels like. If you are rocking a crying baby faster than 80 beats a minute, you are highly unlikely to regulate the infant and are instead more likely to escalate the baby.

One of the things we know is that if you want to regulate a crying baby, you need to be somewhere around 60 beats a minute, which seems very slow at first. But again, if you download some of those apps, you can get a sense of what that feels like in your body.

So, when you hold that baby over your shoulder, put a receiving blanket, over the baby's head to muffle the sound. And as you sway at 60 beats a minute, you can also mimic that swishing sound that babies are accustomed to, and that is often calming to that child.

I don't promise that this will work all the time because there is nothing that works all the time with every baby. But I can tell you it will work a lot of the time. So, give it a try, and I look forward to hearing feedback from you as to its effectiveness.