Opportunities to Move: Help Boys Do Better in School 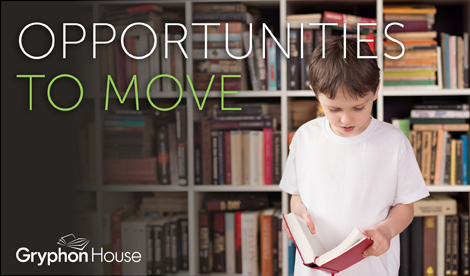 Educators who have worked with young children know that young boys and girls are very different. Beyond the typical role choices and gender-based play preferences, they seem to talk, act, and even think in vastly different ways, which can create problems in the classroom. Boys in particular tend to exhibit challenging behavior. Disruptive behavior in the classroom can be frustrating for both teachers and other students, and is usually handled with discipline. However, this course of action leaves the reason for the behavior unexplored. If we look closer, we find that the cause of problem behavior in male students may lie in how boys learn.

Current research indicates that boys learn better when they move around. Ruth Hanford Morhard discusses this idea extensively in her book Wired to Move: Facts and Strategies for Nurturing Boys in an Early Childhood Setting. In the book, she focuses specifically on how to adapt classroom lessons to accommodate the movement-centric way boys need to be taught. Of course, it is important to remember that most students cannot be placed firmly in a categorized box—many boys do not struggle with this while some girls may require the same motion-centered curriculum—but this information is invaluable to educators trying to find the optimal way to teach all their students and discover the difference between how boys and girls learn.

Many of the differences between male and female learning styles can be boiled down to sex differences. These differences begin prenatally, well before any socialization takes place. The simplest cause is chromosomal: girls possess two XX chromosomes while boys have XY. What this means in terms of development is a bit more complex.  Though the Y chromosome contains very few genes, it has the power to signal the activation of testosterone in the fetus around eight weeks of gestation. The testosterone then triggers certain centers of the brain to develop faster—specifically, those responsible for chasing and competitiveness.

The rapid development of these structures influences the other centers of the brain as well. Think of the brain as a giant circle you’re trying to fill with colored boxes. If you put a bunch of green and blue boxes in the circle, you will have less space for pink and yellow boxes—all four colors will still be present, but the green boxes will be taking up some of the pink space. The same is true for male brains; because the testosterone develops certain centers faster, those specific cognitive functions take up some of the space for other cognitive functions. One important example is spatial mechanics versus verbal skills. Boys’ brains devote a lot of space to spatial reasoning at the expense of verbal space, which is why girls are often better at expressing their feelings and young boys may struggle with that.

All these factors—the presence of testosterone and the differences in neural arrangement—contribute to the importance of movement in boys’ learning processes. The structures involved in motor activity, the midbrain and cerebellum, are larger and more active.

Because the motor centers in male brains are larger, those areas are active even when other more cognitive processes are taking place. In verbal activities, such as reading and writing, boys’ muscles tend to unconsciously respond to words associated with motion; leg muscles may twitch when reading he word run or they may unconsciously make a fist if a character in a story does the same. This implies that performing the action is tied to the child associating words with their meanings.

Lectures and classroom lessons are where boys seem to struggle the most. In Wired to Move, Morhard describes how male brains struggle to remain active when they are sitting still. While girls’ brain activity remains at 90% when sitting and listening, boys’ can drop by 70%. It is much more difficult for them to pay attention since so much of their brain is devoted to movement. This is where disruptive behavior can occur as boys struggle to keep themselves awake and entertained. However, if lessons include a movement element or if boys are allowed to move during the lesson, their attention and recall ability greatly increase.

That doesn’t mean that all seated teaching should be avoided. Though boys learn this way, other students may find it tiring or distracting. Research indicates that small movements work just as well for keeping boys invested in a lesson.

What Educators Can Do

Incorporating movement into the classroom is not as difficult as one may think. It simply takes planning and a bit of perception on the part of the teacher. One idea is to schedule standing or sitting times throughout the day. Have children march and sing a song during a transition; instead of sitting down for reading time, let the children stand and make motions that fit with the story. This will allow boys to get their brains active before or after a period of sitting.

Another strategy is to incorporate short, special activities that can be implemented any time students get restless. If it becomes apparent that male students are fidgeting and in need of movement, say it’s time for a “brain break” and let them stand and wiggle for a minute. These breaks shouldn’t be too long and should move right back into the activity at hand, but they will cut the monotony and allow students’ brains to get back on track.

If some boys still exhibit disruptive behavior even with these activities in place, they may require more movement to stay focused. In this case, teachers should deal with the child individually and discuss specific strategies that are not disruptive to the rest of the class. Provide the student a squeeze ball and have them squeeze when their feeling fidgety, or tell them to tap their does on the floor to expend energy. This will allow them to keep their minds active without sacrificing the flow of the lesson.

In order to teach, one must understand who they are teaching as much as what’s being taught. It is the job of educators to learn how their students think so that they can play to those strengths and facilitate learning. By understanding how male brains work and how they require motion to learn, educators can better teach boys and cut down on disruptive behavior in the classroom. 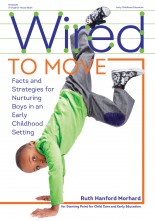 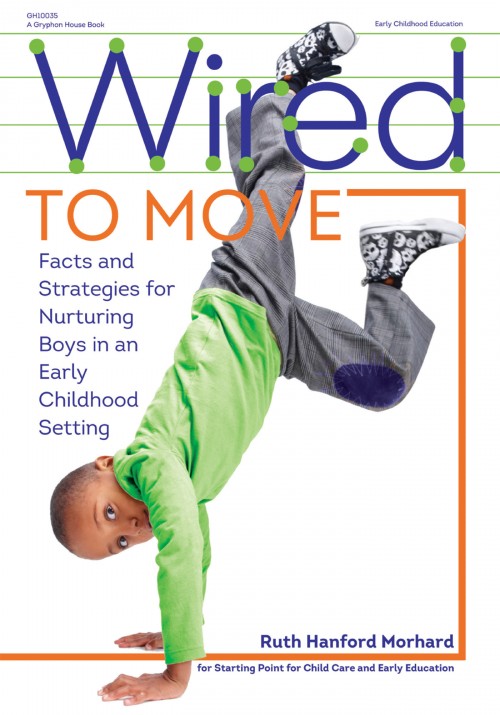