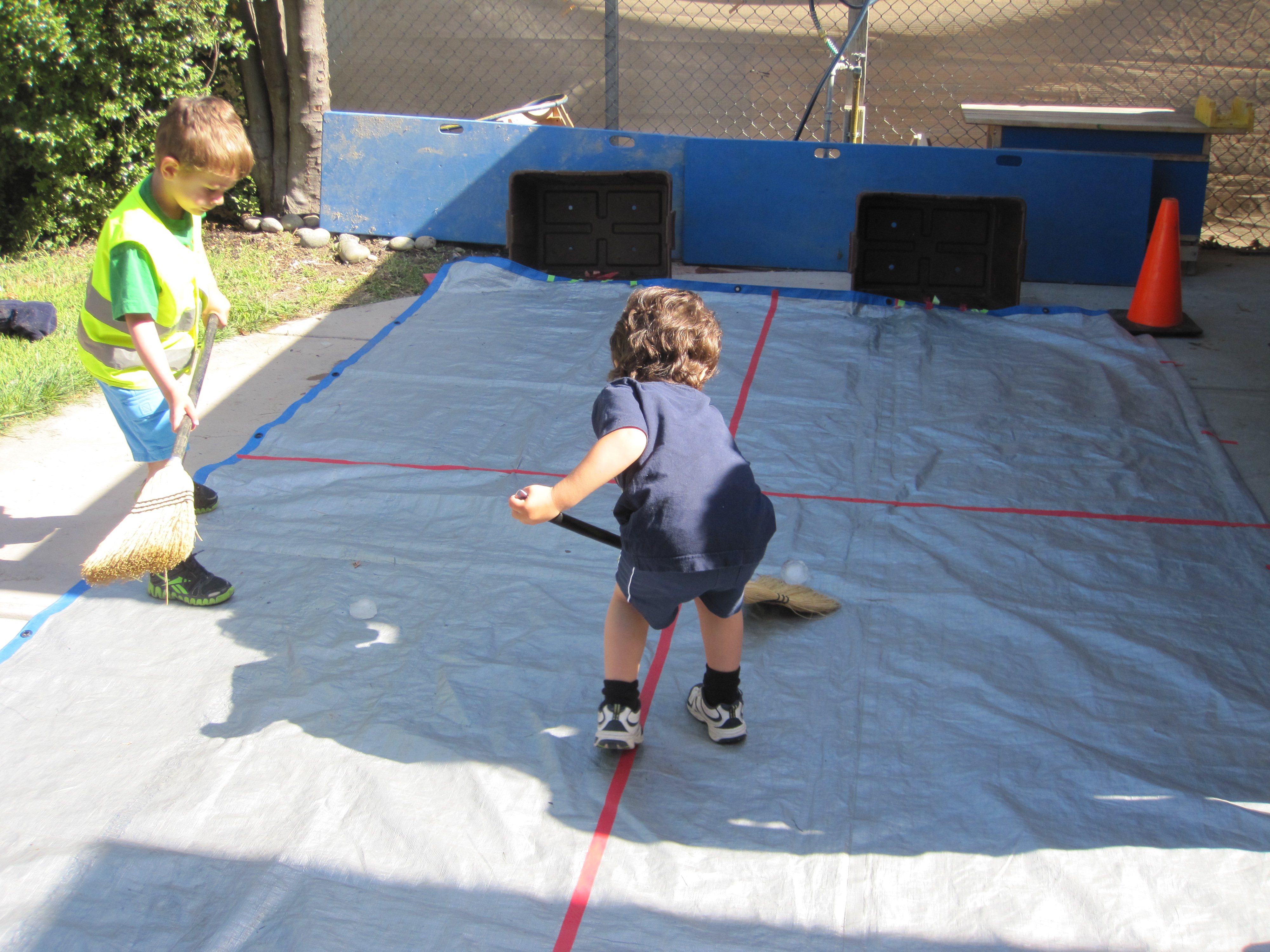 On a warm summer day, it’s fun to imagine you are skating down a hockey rink. It’s easy to do this at school or at home, playing a noncompetitive game my colleague Tim Dobbins invented--ice cube hockey!

The day before you want to play, invite children to make ice pucks and ice cubes. For pucks, pour 1” or 2” of water in snack-size recycled applesauce containers or small yogurt containers. Then invite children to fill ice cube trays. Talk about what they think will happen to the water when they put it in the freezer.

To make a two-lane hockey rink, spread out a large tarp, dividing the tarp in half with a long strip of masking tape. Mark the center line across each half with masking tape and tape large plastic tubs or cardboard box goals on each half of the tarp. Tape down the edges of the tarp. If you don’t have a tarp, you can draw the rink with chalk. Just be aware that ice melts fast on hot cement or asphalt. Make a “Zamboni" machine by wrapping a towel around the brush of a push broom and securing it with rubber bands. 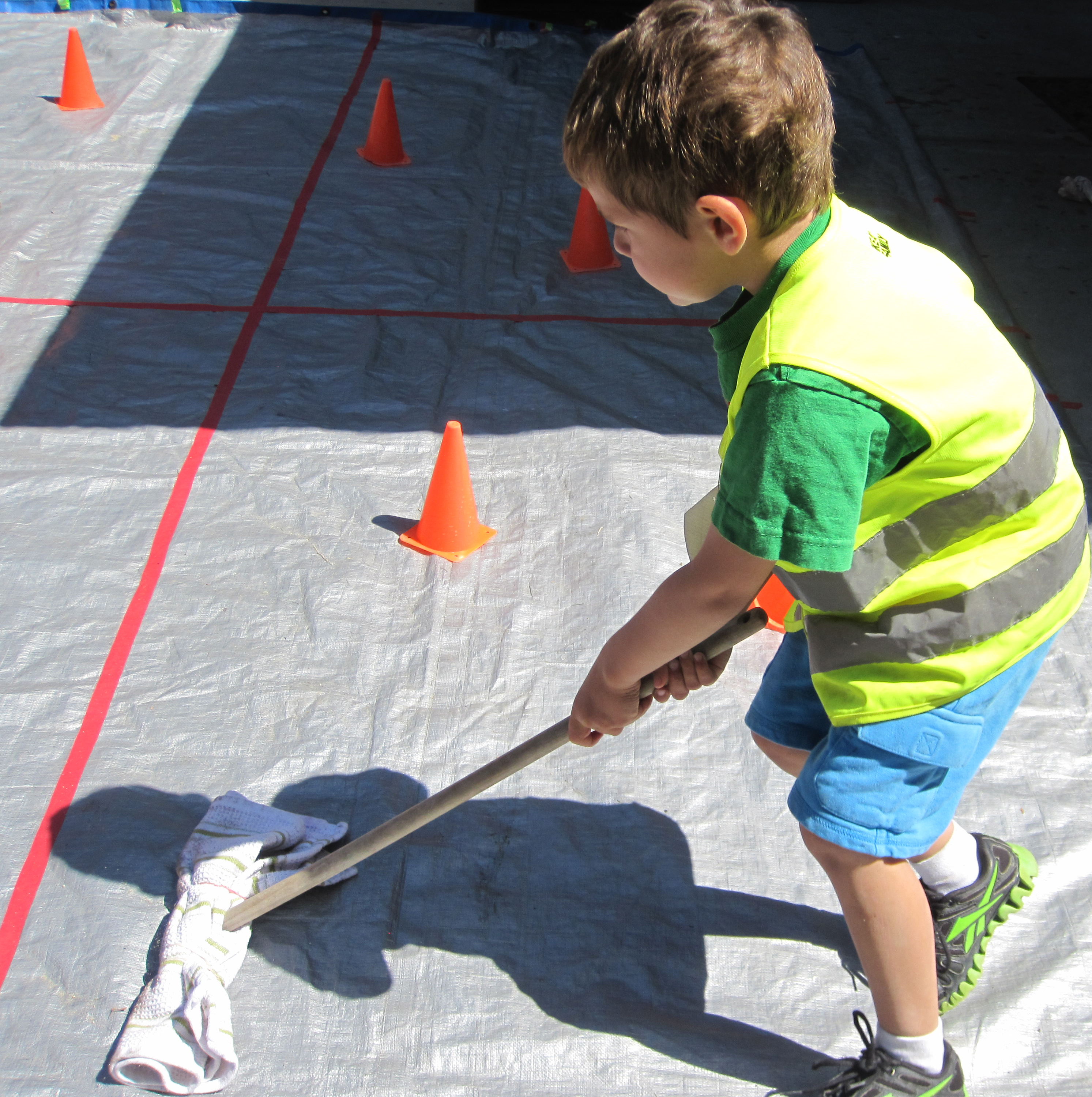 Gather small hockey sticks, plastic golf clubs or child-size brooms, and after your ice is frozen, you are ready to play.

Math naturally becomes part of the game when we measure the tarp to figure out where the center lines should be, set the timer to take turns playing, count goals or time how long it takes for the pucks to melt. I connect literacy by reading books about ice skating such as Pearl’s New Skates by Holly Keller and Polar Skater by Sally Grindley. And I read nonfiction books such as Water as a Solid by Helen Frost. We play ice cube hockey year round in my California preschool. In winter, we imagine that we’re outdoors in freezing temperatures. In summer, we have the fun of seeing the puck melt as we play. These ideas come from my book, Thinking BIG, Learning BIG: Connecting Science, Math, Literacy and Language in Early Childhood.

Have fun skating through summer!

This post was contributed by Marie Faust Evitt. Marie is the head teacher of a preschool class for four- and five-year-olds. Prior to teaching, Marie was an award-winning newspaper reporter and freelance journalist for more than 20 years. Her articles and essays on education, parenting, and child psychology have been published in Newsweek, Parents, Child, Parenting, Scholastic’s Parent & Child, Scholastic.com, and Family Fun. She posts about her classroom activities at www.thinkingBIGlearningBIG.com and on Facebook at www.facebook.com/thinkingBIGlearningBIG. She lives in Mountain View, California.

Early childhood education activities for the classroom and home. All free!